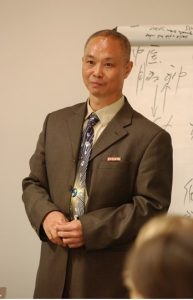 Since 1999 the ICTCM has been organising professional training in Medical Qigong (MQG) for fully qualified and trained practitioners of Acupuncture and Traditional Chinese Medicine, and was thus the first TCM College in Ireland to enable its Graduates to study and practice Medical Qigong. 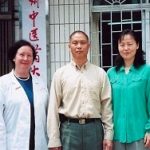 The Qigong and MQG Certificate and postgraduate programmes are run under the auspices of Professor Song Xinhong and the late Professor Xia Shuangquan. The latter was the first Honorary President of the Qigong Department of the ICTCM. In addition to being a renowned Master of Medical Qigong he also held the post of Professor of Medical Qigong at Guangzhou University of TCM, Guangzhou, China – one of the leading TCM Universities in China. He visited the ICTCM in 2004 as part of an official delegation from GUCM.

The training programme for all the ICTCM’s courses in Medical Qigong are based on Qigong Master Professor Xia Shuangquan’s many years of experience of Qigong practice and his systematic development of “Science of Potential State” Qigong”.

This Science of Potential State Qigong was created and compiled, in co-operation with Professor Song Xinhong, in response to a request for specialist Medical Qigong training from the Director of the ICTCM, Tom Shanahan, in 1999.

During the following 6 or more consecutive years, a comprehensive system of teaching materials of Qigong theory and practice was created. It is a unique teaching system with its own distinctive characteristics which are found nowhere else in the world. 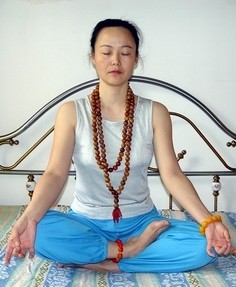 Professor Xia Shuangquan and Professor Song Xinhong taught this system of Qigong to selected graduates and Faculty Members of the ICTCM from 2000 to 2006, in China, and in 2005 signed a Teaching Authorisation Agreement allowing the ICTCM to teach Qigong according to the systematic programme, in Ireland. It was on the basis of this programme that the MQG Certificate and Diploma Courses were designed and developed. 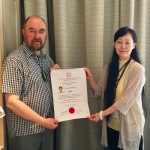 Since Professor Xia’s death Professor Song Xinhong has been the Honorary Head of the Qigong Department of the ICTCM. In 2018 she accepted an Honorary Life Appointment to this role, presented to her in Macao by Thomas Shanahan.

If you are a qualified Acupuncture or TCM Practitioner you might wish to go directly to the section on Postgraduate Professional Training in MQG.

Those interested in knowing more about Qigong and Medical Qigong should look at the information on Qigong Research and MQG International Conferences.