Since 1983, the College has formed many close associations with others in the field of TCM, sometimes as formal affiliations, sometimes as business relationships and often as friendships.

Formal Affiliations: In China – with Guangzhou University of TCM (GUCM)

On Professor Shanahan’s fourth visit to Guangzhou University of Chinese Medicine (hence GUCM) in Southern China in November 2002 a formal agreement to affiliate the two TCM institutions was signed. 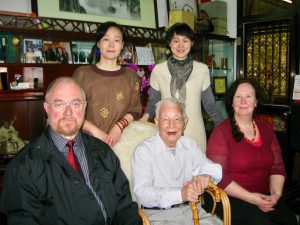 This three-part agreement was considered by both colleges as just the first step in an on-going process of collaboration and exchange, and in Spring 2011 Guangzhou University of Chinese Medicine invited Director Tom Shanahan to Guangzhou to consolidate and further develop and expand the formal affiliation between the College and the University. Extending the scope of TCM collaboration between China and Ireland was one of the main objectives, as was the development of a Masters Degree and Doctoral Degree in Chinese Medicine. In 2012 a revised agreement was signed on the basis of which the offer to run Masters Degree and Doctoral Degree in Chinese Medicine was established.

The Consulting Professorship for Professor Tom Shanahan was first given to the ICTCM’s Director from 1st January 2004. In 2012 the tenure of this Professorship was, once again, extended in recognition of Tom Shanahan’s tremendous contribution to the field of Chinese Medicine in the West.

The website of this professional body can be found at PRTCM.org.

Acupuncture TCM Practitioner Members of the PRTCM are fully recognised by VHI Healthcare and the main Health Insurance providers in Ireland and their clients can, where applicable, claim out-patient insurance cover for their Acupuncture Treatments.

Other Associates in Ireland

Co-operation between The Irish College of TCM and the Irish Government: The ICTCM is actively involved, as it has been for many years, in discussions with the Minister of Health and Children relating to setting up procedures for the recognition and registration of Practitioners of TCM in Ireland and in processes of consultation between the relevant Irish governmental bodies and bodies representing the training and professional representation of practitioners of TCM.

Nansha Information and Technology Park (NSITP): a joint venture between the Fok Ying Tung Foundation, the Hong Kong University of Science and Technology, and the Guangzhou Government, the Park is home to many technology companies, projects and professionals, with its provision of high-quality facilities and services. Professor Shanahan accepted an invitation from NSITP (see below) to give a paper at a TCM Scientific conference in Nansha, Guangdong, China in February 2011. The ICTCM has had on-going affiliation and collaboration with NSITP since 2005.

Universities and Hospitals in Guangzhou, China: the ICTCM has been participating in protocols specifically focused upon hepatic cancers (since these tend to be the most difficult to treat with conventional medical modalities). Specifically, during 2003 and 2006 the ICTCM helped to fund further Research programmes into Liver Cancer, which monitored and evaluated the therapeutic effectiveness of Chinese Herbal Medicine and Medical Qigong. 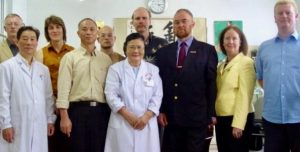 The ICTCM has also funded, supported and/or participated in Scientific Research into Medical Qigong Emitting External Qi Method with, among others:

The work of the College is supported by some of the most famous academicians and Senior TCM Doctors of China including: 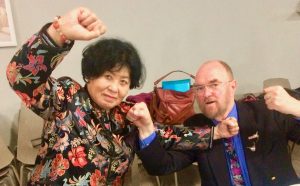 Since 1983 the ICTCM has established formal and informal relationships with many other International TCM Colleges (see the list of Visiting Lecturers), Professional TCM Registers and Organisations and with World-wide Federations such as the World Federation of Acupuncture Societies (WFAS) and the World Academic Society of Medical Qigong (WASMQ). Professor Tom Shanahan is an Executive Council Member of this latter organisation with the title of Deputy Secretary General and has represented Ireland on the Council since 2004.