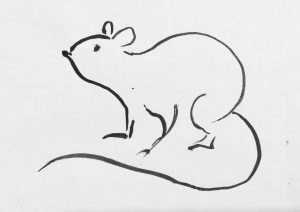 Happy New Year of the Rat

New Year’s greetings from the Irish College of Traditional Chinese Medicine. The Chinese year starts today, on 25 January 2020, and ends on 11 February 2021, when the Year of the Ox begins.

Each Chinese New Year is characterised by one of 12 animals that appear in the Chinese zodiac – this year, is the Year of the Rat. It is the first animal in the zodiac cycle and is, thus seen to be a great time for new beginnings. New ventures should flourish.

So, if you are thinking about changing career and moving into Chinese Medicine as a trainee practitioner why not consider making the change this year and joining the 3 year part time Professional Acupuncture TCM training programme which begins in October each year?

If you would like us to send you a paper-based prospectus pack please send us your postal address, via our Contact page. Alternatively you can find the recently updated pack online. If you are already a practitioner perhaps this is a good year to set up a new clinic in another town. Or, you might want to consider extending your range of therapeutic options with a post-graduate course.

Whatever your plans for the year ahead we wish all our students, staff, colleagues, practitioners and friends every success and hope you will be blessed with good health and happiness.

On behalf of the ICTCM 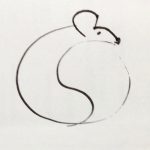 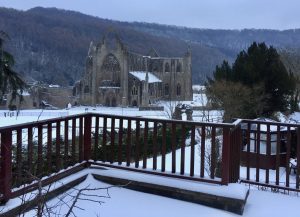 Deep and crisp and even.

Wishing all our friends, colleagues, students and staff a wonderful time during the festive season.

From all at the Irish College of Traditional Chinese Medicine. 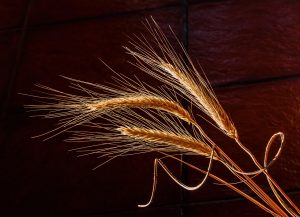 When does Autumn begin? Is it still summer at the moment, or is there a touch of autumn in the air? Are we at the cusp of a change of season?

According to Traditional Chinese Medicine (TCM), the change of seasons is a period when aspects of our health can change and can either get better or worse. TCM theory would say that we are now entering the “Late Summer” season.  It is sometimes called “Indian Summer” in English.

In nature it is a time of Harvest, when we gather in the fruits of our labour. It is said that that “we reap what we sow”. This means that if we have sown bad seeds these will not produce a healthy and bountiful crop. Or, if we have not tended to the needs of our seedlings when they are growing, or the weather has been inclement, the yield will be poor. 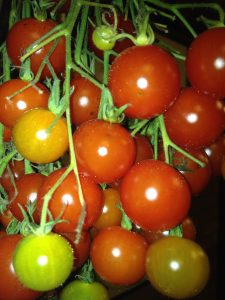 So too in our everyday lives. If we have not “sown good seeds” or paid due care and attention to our new projects, this can affect our health and wellbeing. If we have had a stressful Spring, setting up new ventures, striving to get ahead and be successful without taking necessary care of ourselves and others around us, our plans may not come to fruition. We may then feel worse in the Late Summer.

In terms of our own health, this season is traditionally associated, with the physiological system, referred to in Chinese, as Pi (and Wei). The notion of Pi in TCM covers a wide variety of human functions, ranging over a wide expanse of human activities. Among other things Pi is responsible for the body’s ability to adequately transform food and drink into Qi – the vital energy necessary for life. It is also responsible for separating out and getting rid of the waste products in daily living. Its widest function is that of transporting the Qi throughout the entire person.  Typically, a variety of “digestive” disorders may have their roots in Pi dysfunction and can get worse (or better) in Late Summer.

On a more mental level, Pi is responsible for transforming and transporting ideas. Failure in respect of this function can manifest as overthinking and repetitive or even obsessive thinking. Ideas can stick in the mind and clarity of mind will suffer. The person will not be able to separate good ideas or thoughts from bad ones.

Humidity or Dampness also “Distresses” Pi, so if the weather in Late Summer is Damp, clarity of Mind and efficiency of “Digestion” on all levels can be impaired. Other Damp-related symptoms like certain types of pain in the joints can also become worse during this season.

An Acupuncturist who is fully trained in the field of TCM, would be able to offer specifically tailored treatment and Chinese Medical advice to a patient who was susceptible to illnesses arising from, or getting worse, during the Late Summer.

Are you the sort of person who would be interested in learning, according to millennia of ancient venerable traditions, how different seasons influence and deeply affect yourself, other people and the entire environment around you? In more immediately practical terms, relating here to a self-employed profession, are you the sort of individual who would be interested in becoming a TCM practitioner, a fully trained, competent and confident  health-care professional  who would be able to offer such advice and treatment and thereby improve the health and wellbeing of clients?

If so, it is still not too late to apply for a place on our long-established, tried and tested, Professional Acupuncture Training programme, the Licentiate in TCM. The three year part-time course, run by the Irish College of TCM, begins in October each year and is held in our College in Dublin 3. 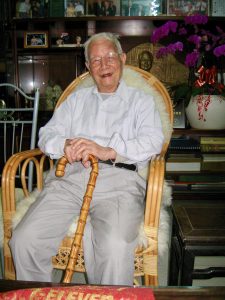 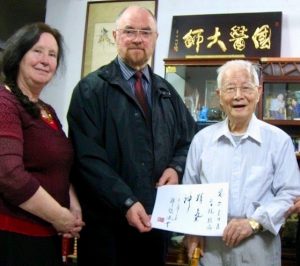